Discussion Paper and Workshop Report: How can the circumboreal forest contribute to mitigating climate change?

Posted on September 14, 2018 Categories: Publication No comments yet 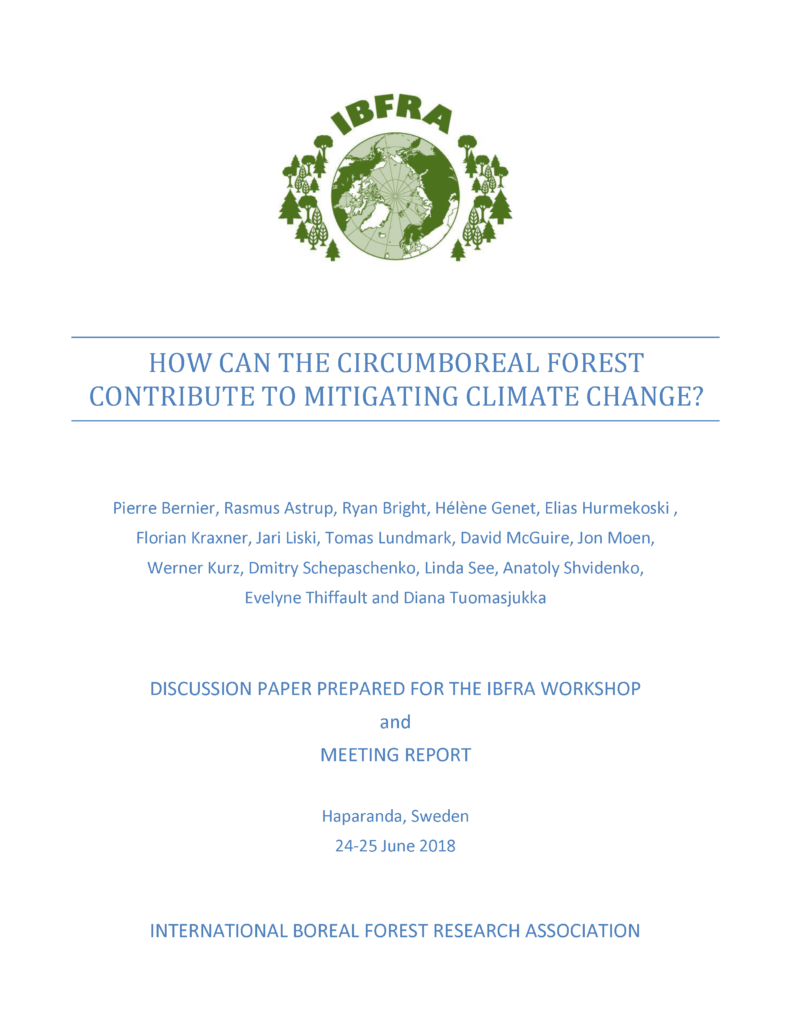 was prepared as a discussion paper for a science workshop and a follow-on policy-science dialog on enhancing the use of the boreal forests that IBFRA held in northern Sweden in June, 2018 (see the section “Meeting Reports” below). The report provides a short list of climate change mitigation actions that could be undertaken or are actually on-going but could be enhanced or spread more broadly across the managed boreal forest. A short list of overarching issues that are not connected to a specific action but rather whose impact could affect the efficacy of most is also presented.

In preparing the document, we chose to cover the actions and issues briefly so as to make the document as easy as possible to interpret in terms of possible policy points. We also highlight for each the associated knowledge gaps and research opportunities. Although we have limited the domain of interest to the areas of managed forest, we need to recognise the significant challenges we still face in the quantification and understanding of climate change impacts on the immense climate-sensitive stores of carbon in the vast unmanaged areas of the boreal forest. The document concludes with a description of possible next steps to enhance research collaboration among circumboreal countries.

The sections were written by individual scientists, often based on previously-published papers, and do not constitute an official position of their governments, institutions or IBFRA.

The main sections of the report include:

Please contact us if you would like to be a part of the ongoing discussion on these and other circumboreal science-policy discussions.